I joined freshmeat with Dunedin Derby in November 2011. Initially, I had dreams of becoming a bad ass derby girl but soon realised that it would take a lot of hard work to get there. I hadn’t skated since I was at primary school and my first training session was horrific. I only managed to skate two laps before I was on the ground. The next day I could barely walk and was seriously reconsidering all this exercise business. The league girls made it look so easy but they were incredibly supportive and encouraging so I hoped that one day I too could be like them. We quickly progressed through basic skating skills and on to the derby specific skills. Hitting someone was a crazy new experience for someone who had never played a team sport, let alone a full contact one. Within a few months, minimum skills were upon us and I can remember being terrified of my 25 in 5. Amazingly, I managed to pull out 25 and a half laps in five minutes, 2 more laps than I had ever done before. Unfortunately, I failed some of the other parts and needed to re-sit the test, which I did a month later. 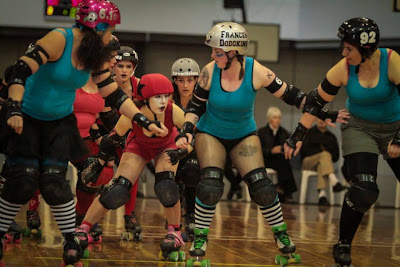 At this stage, I started to wonder about what I wanted to get out of Roller Derby. I felt a bit too unstable and uncoordinated at league trainings and was terrified of scrimmage but I still really wanted to be involved somehow so I decided to take the officials route and joined the Dunedin Derby Doomsters. They were awesome and I learnt so much working with some awesome refs and the dedicated NSO’s. I head NSO’d a few bouts and even got to go to Derby Royale in Palmerston North with the Gallow Lasses and NSO’d several amazing games. It was then that I realised that I needed to play, I was so inspired by what I had seen. 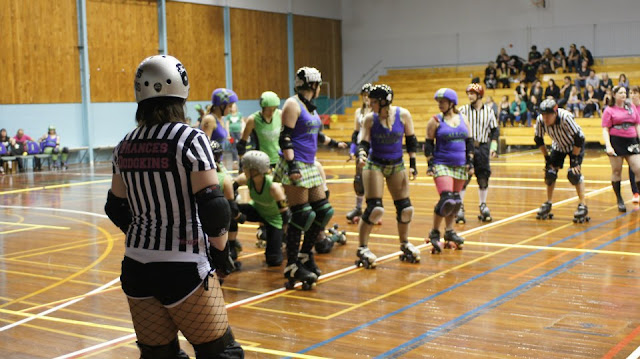 Over the year that I had refereed I worked hard on my skating and felt a lot more confident (and even knew some rules too!). Around this time a new group of freshies were coming through the league and undergoing scrimmage 101. I joined up with them and went through six weeks of intense scrimmage training. Getting over my fear of getting hurt took a long time but by May 2013 I was ready for our very first bout.  The theme was Malice and Wonderland and it was a fantastic night. I had finally made it! Bouting with my team the Mad Hitters was the best feeling. We had worked hard on strategy and team work before the bout and went into it feeling really positive. We may not have won on the day but we had an awesome time playing!
At the end of September, the newly formed B-team, the Bonnie Brawlers, played our very first public bout against Dead End Derby in Christchurch. Sadly, this was my first and last bout wearing Dunedin Derby colours. 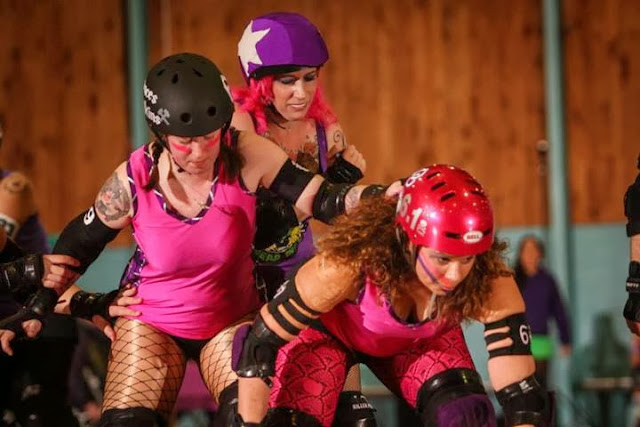 I have just got a new job and had to move to Wellington at the start of October, where I hope to join Richter City Roller Derby. Since I have started playing with Dunedin Derby I have made so many new friends and gained a lot of confidence in myself. Derby really did save my soul, as well as teach me a lot of things I didn’t know about myself. To say I am going to miss the amazing ladies of Dunedin Derby is an understatement! Though with any luck, I will be seeing them on the track. 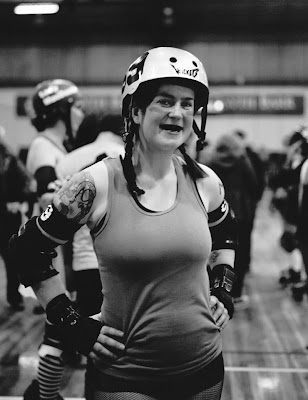